The fight against corruption and the protection of all human rights among the main priorities: FM Qureshi 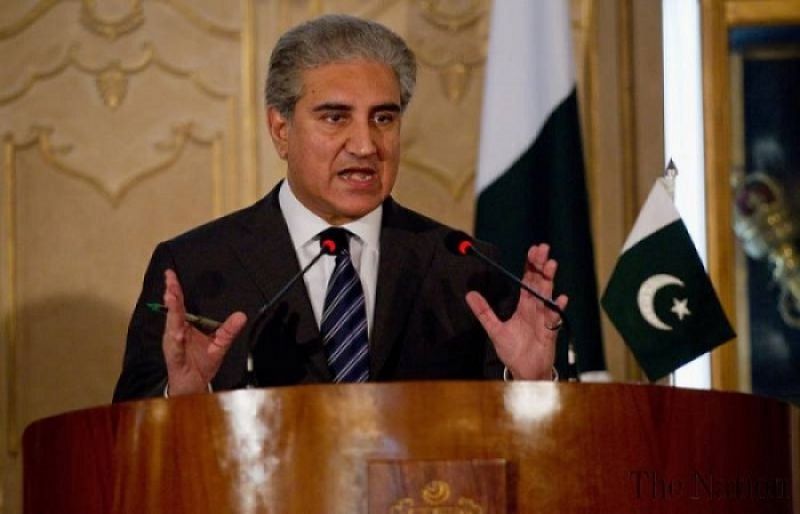 Foreign Minister Shah Mahmood Qureshi addressed the 7th International Seminar which kicked off in Islamabad on January 6 under the theme “Fighting corruption – a prerequisite for the full enjoyment of all human rights and sustainable development” .

The two-day seminar is jointly organized by the Government of Pakistan and the Permanent Independent Human Rights Commission (IPHRC) of the Organization of Islamic Cooperation (OIC).

The following are comprehensive remarks by Foreign Minister Shah Mahmood Qureshi at the International Corruption and Human Rights Seminar;

Honorable Commissioners of the OIC IPHRC,

First of all, I would like to express my gratitude to the OIC – Permanent Independent Human Rights Commission (OCI-IPHRC) for organizing this very timely seminar on combating corruption and assessing its dire consequences. on achieving the human rights agenda. In line with Prime Minister Imran Khan’s vision, combating corruption and protecting all human rights are the top priorities of our government. We are therefore happy to host this important meeting in Islamabad.

Corruption is a huge obstacle to the realization of all human rights – civil, political, economic, social and cultural, as well as the right to development. It attacks the very roots of good governance and democracy. It erodes public confidence in the legitimacy of state institutions, undermines the rule of law and violates the values ​​of transparency, accountability, justice and fair play. It also undermines the successful implementation of the 17 Sustainable Development Goals (SDGs) by hampering economic growth, increasing inequalities and hampering prosperity. In particular, corruption stifles opportunities for the poor and marginalized and condemns them to a life of misery and inequality. It leads to massive illicit financial flows from developing countries. In addition to dire economic losses, corruption creates inefficiencies and dysfunctions and diverts the allocation of public resources from those who need them most. The United Nations High Level Panel on Financial Accountability, Transparency and Integrity (FACTI) has calculated that a staggering $ 7 trillion in stolen assets is parked in financial “havens”. This organized theft and illegal transfer of assets have profound consequences for developing countries. There is no doubt that this stolen money from the public purse could have been spent to meet development needs; lift people out of poverty; educate children; bring essential medicines to families; and stop the hundreds of preventable deaths and injuries that occur every day. The COVID-19 pandemic has further deepened existing inequalities, pushed millions of people into extreme poverty and resulted in the loss of millions of jobs. Allowing corruption and illicit financial flows to continue under these circumstances is quite simply criminal. Immediate and vigorous national and international action is needed to stop the bleeding from developing countries.

15 years have passed since the adoption of the United Nations Convention against Corruption (UNCAC), which remains the only legally binding international instrument on the fight against corruption. Unfortunately, despite the explicit provisions of the UNCAC, there are increased obstacles in the process of asset recovery as well as their prompt return to the countries of origin. Addressing illicit financial flows and recovering and returning stolen assets can contribute to effective resource mobilization to achieve the SDGs. We continue to insist that requested States must return recovered assets unconditionally to States of origin. We should explore the possibility of an additional protocol on asset recovery under the UNCAC. At the same time, presenting corruption as a human rights issue and pursuing a “human rights-based” approach to corruption can help complement efforts to prevent and combat corruption and promote more effective implementation. international anti-corruption instruments. As long as corruption remains undefeated, efforts to promote the realization of human rights can yield little success.

Islam is a religion which guides all aspects of human life. The fight against corruption in the Islamic context is rooted in the Holy Quran and the teachings of the Prophet Muhammad, peace be upon him, both of which deal in detail with the main types of corruption, such as bribes, extortion, nepotism and favoritism. Inspired by Islamic teachings, Prime Minister Imran Khan gave a vision of a “corruption-free” Pakistan. We have taken steps to create and strengthen strong systems of accountability, transparency and integrity. We try to pursue a proactive three-pronged approach to fighting corruption, including awareness, prevention and law enforcement. We supplemented existing legislation to induce transparency and openness in the public sector, in particular by facilitating citizens’ right to information. Pakistan’s Citizen Portal app has received international recognition for effective use of technology to improve public delivery. Thanks to our sustained efforts, visible positive socio-economic changes are occurring in the country. Prime Minister Imran Khan has also regularly underlined the need to fight against the scourge of corruption at the international level, in particular to fight against the phenomenon of illicit financial flows. Pakistan spearheaded a resolution on the role of parliamentarians in fighting corruption at the 8th session of the Conference of the States Parties to the United Nations Convention against Corruption held in Abu Dhabi, Arab Emirates united in 2019. At the 9th session recently held in Sharm el-Sheikh, Egypt, last month, Pakistan joined Nigeria and Palestine in jointly tabling a resolution on improving the transparency of information on beneficial owners. We will continue to promote this issue in all relevant international forums.

OIC countries should actively explore innovative ideas and initiatives to strengthen the existing international framework to prevent corruption and end impunity. Today’s seminar is an opportunity for all of us to explore and further develop these ideas. The FACTI group report and the first-ever United Nations General Assembly Special Session (UNGASS) against corruption with its political declaration adopted last year were important milestones in global efforts to prevent and combat corruption. However, these documents will not turn into meaningful actions without a dedicated monitoring process. To this end, OIC countries must take bold initiatives. As a first step, the OIC might consider establishing an open-ended intergovernmental ad hoc committee to prepare concrete and technical proposals for additional legal frameworks. While carrying out its work, the proposed ad hoc committee of OIC experts could focus on the following priority areas: – Second, develop a coherent, transparent and inclusive mechanism under the auspices of the United Nations to strengthen the international legal framework. on the monitoring of illicit financial flows and the restitution of stolen assets; -Third, the establishment of a global register of beneficial owners; -Fourth, the review and revision of unequal investment treaties obtained through corruption. Once finalized, these proposals could be presented to the Conference of the States Parties to the UNCAC for consideration.

In conclusion, Pakistan’s commitment to eradicate corruption remains clear and firm. Our fight against corruption is essential to achieving the 2030 Agenda and the Sustainable Development Goals. We must unite our efforts to tackle the underlying factors and catalysts of corruption at the national and international levels.