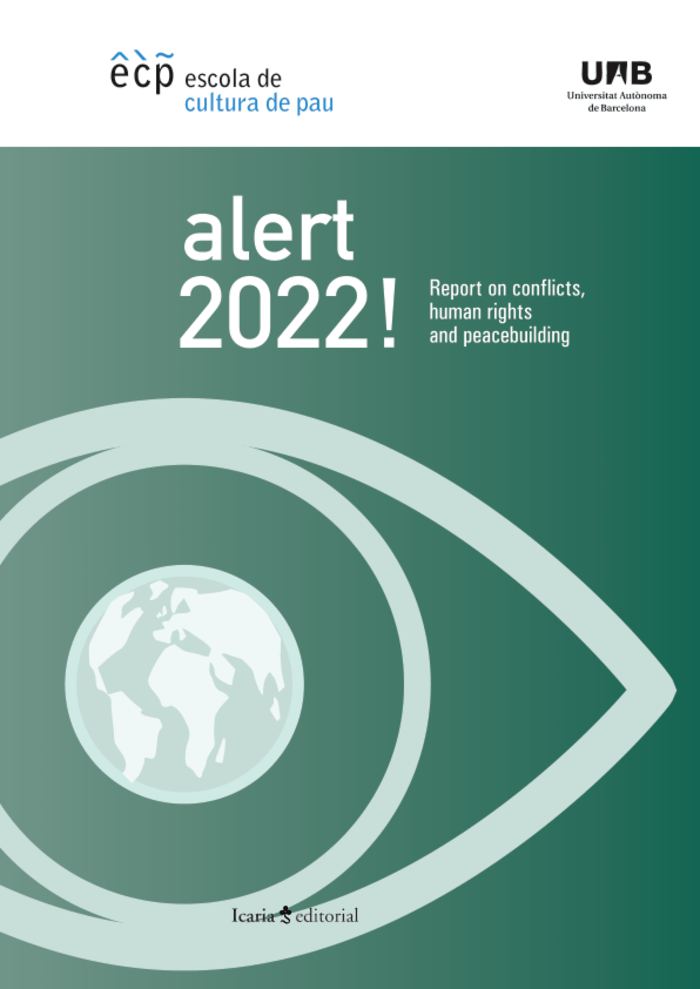 Alert 2022! Report on Conflict, Human Rights and Peacebuilding is an annual report analyzing the state of the world in terms of conflict and peacebuilding along three main axes: armed conflict, tension, gender and peace and security. The analysis of the most relevant events in 2021 and the nature, causes, dynamics, actors and consequences of the main scenarios of armed conflicts and social and political tensions in the world allows a regional comparative vision and also allows to identify global trends and elements of risks and preventive warnings for the future. In addition, the report also identifies peacebuilding opportunities or opportunities to reduce, prevent or resolve conflict.

In both cases, one of the main objectives of this report is to make available all the information, analyzes and identification of warning factors and opportunities for peace for decision-makers, those who intervene for the peaceful resolution conflicts, or those that give greater, mediated or academic attention to the many situations of political and social violence in the world.

As for the methodology, the content of this report is mainly based on a qualitative analysis of studies and information made available by many sources – United Nations, international organizations, research centres, communication media or NGOs, among others – as well as field research. in conflict-affected countries.

Some of the most relevant findings and insights from Alert 2022! report are listed below: